It was not until the mid -term that her parents noticed signs of withdrawal and depression. Their once bright daughter had been falling consistently in her academics and had distanced herself from her friends and family. The one repetitive question that she asked time and again was “When will we shift from this location”.

Shanti was the daughter of a migrant worker. In the 6 years that she had lived, she had seen a plethora of small towns and villages, where her parents moved for contractual construction Shanti was not one to complain. She welcomed the change in scenery and enjoyed meeting new people; in particular, she enjoyed shifting schools to prove in every class that she was the brightest. One of her teacher proudly recalls that Shanti wanted to be a teacher and was ready to study hard for it. Her parents too, never left a chance to bask in the glory of her academic success.

This sudden withdrawal from her new school, thus, came as a shock to them. They had to now force her to go to her school amidst all the tantrums that she created. A close friend of Shantr's, who was also the daughter of a migrant worker, seemed to sense that something was wrong at school. She confronted Shanti to disclose what was bothering her. The disclosure shocked everyone. One of the teachers at the school had been harassing Shanti. and being naive, she did not know who to confide in or how to react. When this truth came to the fore, there was uproar amongst the parents and the responsible teacher was Punished appropriately. This incident created unrest and distrust among the parents and removing their daughters from school seemed like their best option.

A number of such incidents have been noticed across institutions in Bangalore and all over the country. Yet, withdrawing admissions of their wards under panic is not the Permanent solution. These anti-social elements are not just parts of schools - they can be found in your neighborhood, relatives and even your own home. Child abuse in India is increasing at an alarming rate. A number of Non - Governmental Organisations have stepped in to raise awareness on the issue and undertake counseling programs for the students as well as the parents.

Vathsalya Charitable Trust is one such NGO working towards the welfare of families and providing counseling aid as well as sponsorship to the family members. They have been running these campaigns across schools in Bangalore, educating the children to differentiate between good and bad touch They also hold special counseling programmes for the parents to detect any changes in behaviour in thaw children and solve the issue in its earty stages. The NGO's deserve appreciation and accolades for the work they put in to raise awareness in the society. As a society, it is imperative for us to support them in any possible way so that we can move towards a better tomorrow. 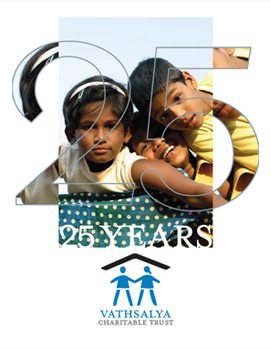